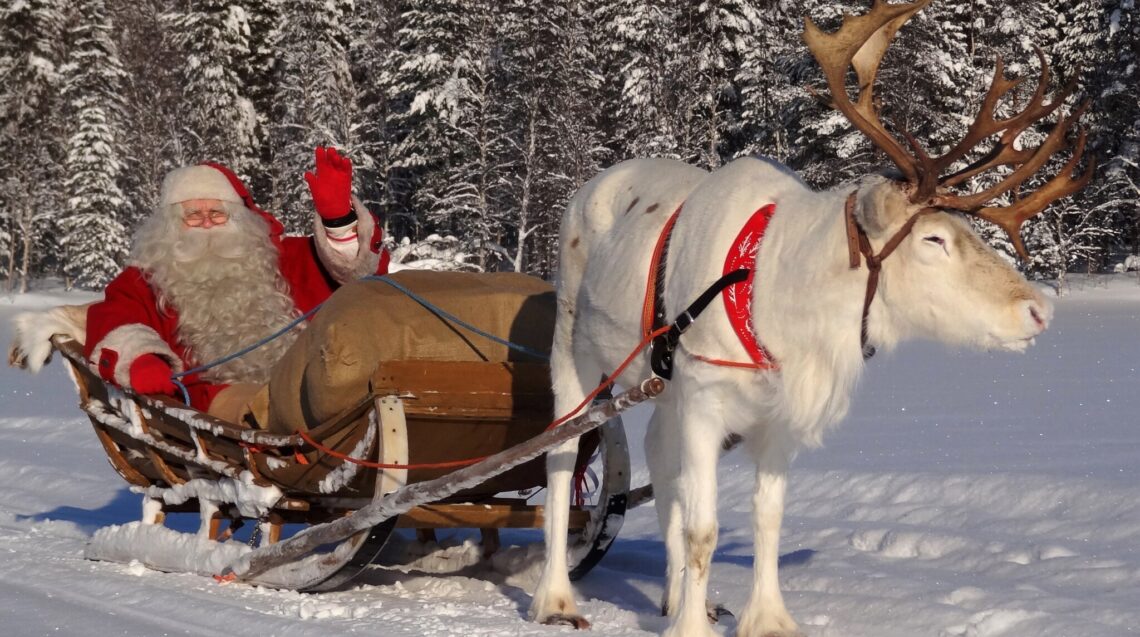 Santatelevision’s Youtube channel is ten years old, and its viewership has risen 50% this Christmas.

Although foreign travellers are unable to visit Lapland this Christmas, their interest in the real Santa Claus of Rovaniemi shows no sign of fading. One solid piece of evidence for this is Rovaniemi-based Joulupukki TV’s Santatelevision channel (www.youtube.com/santatelevision ), which has seen record growth of more than 50%.

The Santatelevision Youtube channel, filmed in and around Santa Claus Village, turns ten years old this year. Joulupukki TV CEO Tommi Lappalainen, which produces the channel, is pleased to note that Santatelevision, one of Finland’s most international Youtube channels, is growing at a record rate during this anniversary year. For the 2020 Christmas season, growth compared to the previous year will be as much as 50%. Around Christmas, there are more than half a million daily video views on the channel.

The channel currently has more than 400,000 subscribers and more than 150 million watched videos. There are more than 300 videos on the channel. This makes Santatelevision the most popular Youtube channel in northern Finland. Over 99% of this multilingual tourist channel’s view come from abroad. The main countries are France, Italy, Spain, Argentina, Brazil, and Mexico.

Santatelevision video have primarily been filmed in and around Santa Claus Village in Rovaniemi. Some of the videos have been filmed in the neighboring municipality Pello, also known as Santa’s Reindeer Land.

The most popular Santatelevision videos are Santa’s reindeer videos, videos themed around Santa Claus Village clips, and video greetings from Santa himself.

Joulupukki TV producer and CEO Tommi Lappalainen says that this year’s particularly strong growth in viewership may be explained, at least in part, by the fact that people around the world are searching for Christmas atmosphere on the Internet, as traditional Christmas celebrations are difficult in many countries due to the lockdowns caused by the coronavirus pandemic. This year there has also been an exceptional amount of positive and warm Christmas-inspired feedback from around the world, says Lappalainen in delight.

In general, Lapland’s Christmas tourism ecosystem, like all the tourism ecosystems around the world, is in a very challenging situation at the moment, says Lappalainen. However, it’s wonderful that people are looking for cheer in these difficult times from Rovaniemi’s Santa Claus and from videos and television programmes about Christmas spirit. For Lappalainen, this shows that Santa Claus Village, whose first building turned 70 this year, has not lost the world’s interest, though it is virtually impossible to get to Lapland from abroad this year.