Rovaniemi-based Joulupukki TV Oy (www.joulupukkitv.com ) produces the Santatelevision YouTube channel (www.youtube.com/santatelevision). The YouTube channel of Santa Claus was opened in 2010, and last year the number of video views in the Channel increases approximately 70% compared to 2015.

The most popular videos on the Santatelevision channel are Santa’s video greetings and his stories about reindeer. A typical video on the channel lasts about four minutes. The channel has close to 80,000 subscribers.

Currently, there are about 60 different Santa Claus-themed videos on the channel, most of which are in six languages: English, Finnish, French, Italian, Spanish, and Brazilian Portuguese. Santatelevision videos are shot at Rovaniemi Christmas tourist destinations, such as the Santa Claus Post Office at the Arctic Circle, Joulupukki TV’s own virtual studio, and the municipality of Pello in Finnish Lapland.

Joulupukki TV CEO Tommi Lappalainen says that, somewhat surprisingly, the most important channel language in recent years has become Spanish. The Spanish-speaking audience comprises more than 40% of all views, and more than 75% of those come from Latin American countries (Mexico, Argentina, Chile, etc.) The second-most watched channel language is French (approximately 16% of viewers), followed by Brazilian Portuguese (about 12%). Only 3% of views come from the Finnish channel.

Winter 2017 has been a busy time for Joulupukki TV, with new videos being shot at, for example, the Puolukkamaan Pirtit reindeer farm in Finnish Pello. In the spring, new videos will be shot at, among other places, the Santa Claus Post Office at the Arctic Circle, and in the company’s own virtual studio. 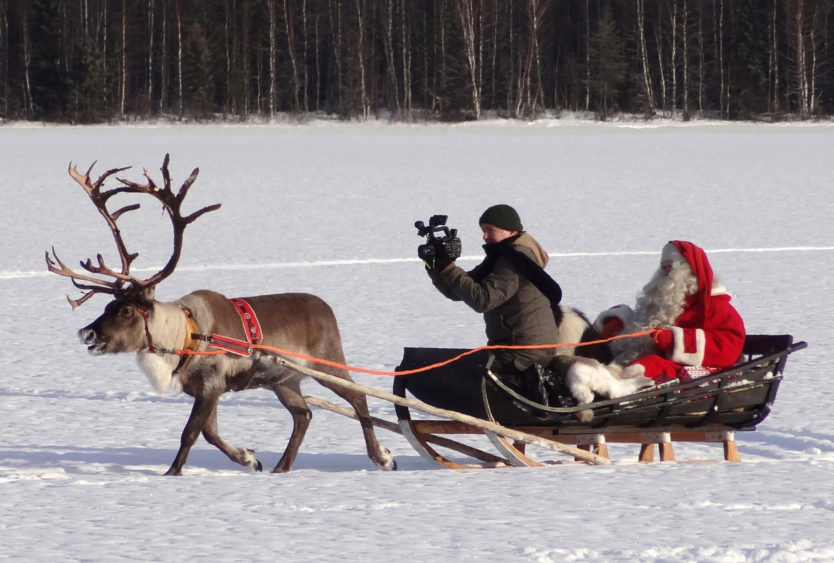